How to Avoid Potential Conflicts of Interest 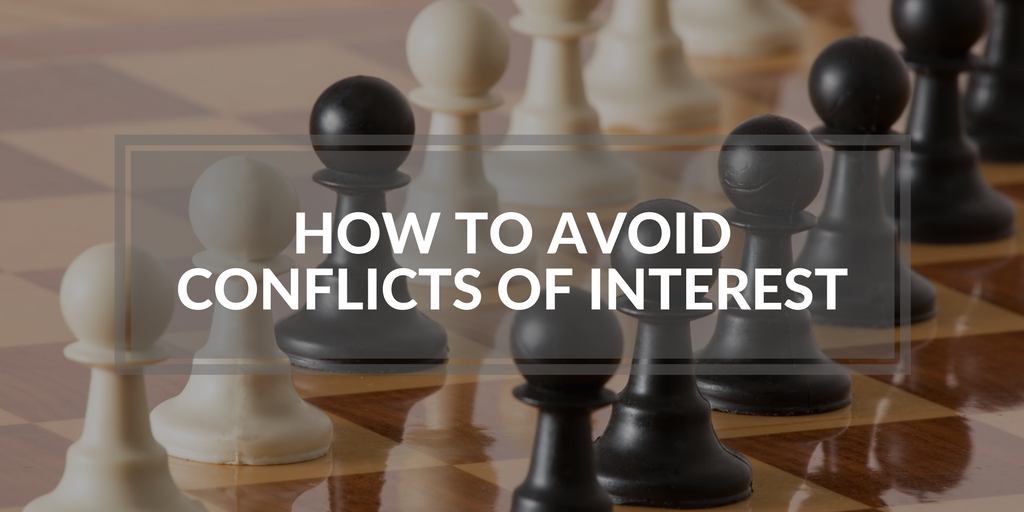 Ethical integrity is essential to promoting a healthy collaborative environment among academics. Due to the information explosion of the digital age, it has become even more imperative that we do our part to encourage transparency, trust, and reliability in the research publication system. These qualities allow us to promote the efficient sharing of vital information to improve our understanding of various academic matters.

To that end, this article provides a quick overview of an author’s obligation to disclose any conflicts of interest and what pitfalls an author should avoid to retain the trust of publishers and fellow academics.

What is a conflict of interest?

Simply put, a conflict of interest arises when a person’s ability to act objectively is impaired. In the research publication world, we’re talking about both positive and negative influence on the validity of a research paper’s contents or the project’s findings.

Obvious sources of conflict stem from potential financial rewards or personal gains like career advantages and networking opportunities. However, even seemingly benign matters can raise flags regarding the integrity of a research project. For example, imagine a person who, without having any control over designing an experiment or influencing the supply of materials for a project, happens to be close friends with the project’s supplier and failed to disclose that fact. The project’s results could still be doubted. While there is no presumption of guilt and we know that that this person had no control of the project’s decision-making process, failure to disclose potential conflicts of interest can trigger feelings of unease in other people. It fuels doubt when there needn’t be one. We wonder, “why didn’t the person simply say there was a personal connection? If the person were innocent, there would be nothing to hide.”

We admit a situation like our example would rarely raise any genuine ethical concerns since we highlighted the fact that the person did not control the decision-making process for the project. Additionally, even if a conflict of interest existed, it does not mean that anything unethical occurred. However, perception can strongly influence people. Therefore, researchers should carefully review applicable rules regarding the disclosure of potential conflicts of interest.

Finally, for studies involving human subjects, it is important that participants are given the opportunity to make an informed decision when consenting to participate. Failure to disclose potential conflicts is gravely unethical.

What are your obligations to disclose?

The Committee on Publication Ethics (COPE) recommends that journals have clear policies on handling conflicts of interest and where conflicting interests exist, they must be declared to editors who should then disclose relevant conflicts to readers. As a result, most journals require that you include a conflict of interest statement when you submit your manuscript for review. When in doubt, it is better to disclose and let the journal decide if the conflict is one that should be included with the publication of your article.

Information to include in a conflict of interest statement

[1] Sources of support for the work, including sponsor names along with explanations of the role of those sources if any in study design; collection, analysis, and interpretation of data; writing of the report; the decision to submit the report for publication; or a statement declaring that the supporting source had no such involvement; and

[3] To support the above statements, editors may request that authors of a study sponsored by a funder with a proprietary or financial interest in the outcome sign a statement, such as “I had full access to all of the data in this study and I take complete responsibility for the integrity of the data and the accuracy of the data analysis.”

Types of relationships that might trigger a potential conflict of interest

The following is a list of conflicts that should be disclosed. This list is not meant to be exhaustive; rather we provide it to give researchers a sense of the type of information that may trigger concerns about potential conflicts of interest.