The Great Comma Debate: When to Use an Oxford Comma 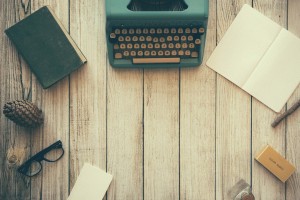 Are you new to the Great Comma Debate? Are you a firm believer in the usage of the Oxford comma or do you think it’s a waste of space and ink? The Great Comma Debate has been raging in academia for over a hundred years, and it still has yet to be settled. Hopefully, our brief explanation and examples below will provide you with a good sense of when to use the Oxford comma in your lists–and when not to.

What is the Oxford Comma and When Should it Be Used?

The Oxford comma, also known as the serial comma, is the final comma that comes before “and” (or “or”) at the end of a list. For example:

The study shows that the patients enjoyed reading, knitting, and cooking.

The study shows that the patients enjoyed reading, knitting and cooking.

This research is dedicated to my professors, Angela and Samuel.

This research is dedicated to my professors, Angela, and Samuel.

As demonstrated in the above example, one comma makes a crucial difference in meaning. Therefore, using the Oxford comma can eliminate ambiguity by showing the separation between list items.

Again, the choice is yours, but make sure that whatever convention you decide on, you are consistent throughout your writing. Some journals and publications have specific guidelines for how commas should be applied, so reading a lot of articles from your target journal or publication can be a good way to see how commas and other formatting and punctuation marks should be applied.

To ensure that your paper is free of errors in punctuation, formatting, and grammar, rely on Wordvice’s qualified editors and proofreaders, who can help you by proofreading for consistency as well as for grammar, spelling, and content. We have over 500 editors from 2,000 academic subdisciplines and assign your academic paper to the most qualified editor with a background in your paper’s subject area. Check out our top-notch academic editing services and see what professional proofreading and editing is all about.

Rules for Comma Use (Grammarly)

How to Use the Em Dash (The Punctuation Guide)