Home How to Edit for Parallelism in Your Writing
Academic
Resources

How to Edit for Parallelism in Your Writing 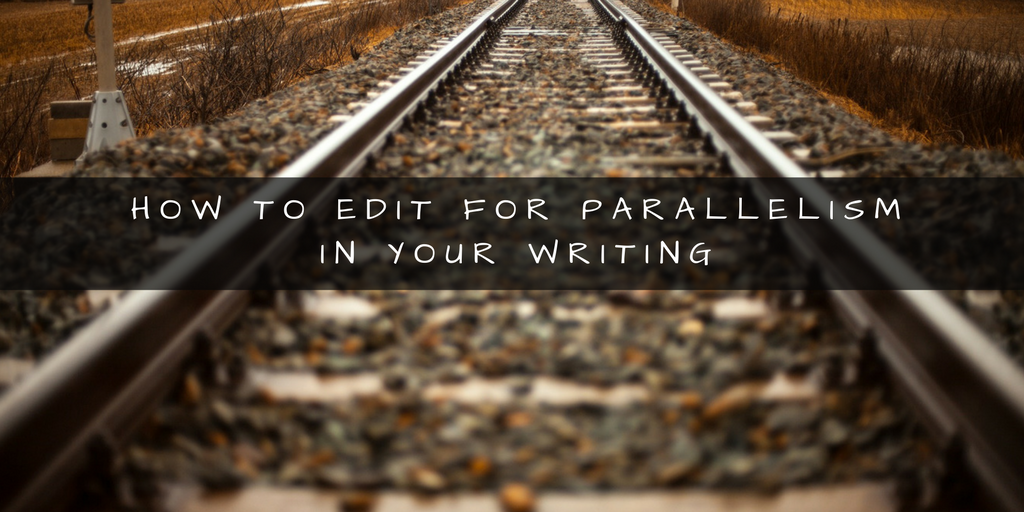 A common writing issue for many people is making sure to use parallel structure in writing. In many ways, the English language operates like math. When we string words or phrases together, we must make sure that all parts are of “equal value.” That is, they must all be in the same form.

Let’s start by looking at a few examples.

Did you notice any problems with the above sentences? We hope so. If not, never fear! After this article, you’ll become an expert at spotting parallelism issues!

Let’s take another look at the sentences written above. This time, examine the colored words and phrases below. The underlined portions indicate the parts of the sentence that serve as the triggers for parallel structures.

Why are the red parts above incorrect?

These three sentences break parallel structure. Each of the red words in the examples above is in a different grammatical form than the other words in their respective lists.

How do we fix this problem?

There are three ways to fix a parallel structure problem. In each case, the idea is to make all the parts match in grammatical form. We’ll use the sample sentences from above to illustrate each method.

Method #1: Make the grammatically nonconforming part match the other parts.

This method is often the simplest way when you’re dealing with nonparallel words or simple phrases. Accordingly, we recommend method #1 for most cases involving parallelism issues. However, with complex phrases or clauses, you might lose some meaning, so we recommend method #3 (below) for those situations.

Method #2: Make the other parts match the grammatically nonparallel part.

Be careful when using this method. Changing the previous parts might create repetitive phrasing (like in example 1 below), in which case, we recommend changing the nonparallel part rather than the rest of the sentence! This method will also not solve the problem of lost meaning in more complicated sentences.

Sometimes, changing a part of a sentence might require substantial restructuring, otherwise, you might accidentally change the original sentence’s meaning. In those cases, we recommend creating multiple sentences.

Watch out for tricky comparative phrases!

Most simple sentence styles that use parallel structures are connected by conjunctions like “and,” “or,” or “but.” However, there are some tricky constructions that often plague many writers: parallelism in modifying clauses (e.g., relative clauses, and participial clauses) and comparative phrases (e.g., correlative conjunctions).Watch out for tricky comparative phrases!

All these types of expressions require parallel grammatical forms!

When correcting these kinds of statements, treat the comparative phrases or the second half of the correlative conjunction like equal signs and ask yourself: “Do I have the same grammar structure on both sides?”

Another parallel structure we struggle with is verb tense shifting! Raise your hand if you have ever said something like the following:

Sentence 1 above switches from the present tense to the past tense, while sentence two throws in a passive voice structure in the middle of the list of “that” clauses. Don’t do it!  What would they look like if corrected?

We hope these tips have helped clarify how to deal with parallelism in your writing! Now that you are pros, go forth and create beautiful and logically coherent phrases!